This past April 27, I took part in a concert in honour of the late Pandit Ravi Shankar, organized by Hindustani vocalist Vinay Bhide, in Ottawa. The evening concert took place at the Centrepointe Studio Theatre in Ottawa. The concert included performances by vocalist Vinay Bhide, Aditya Verma (sarod; Montreal), Bageshree Vaze (kathak dance; Toronto), Jonathan Voyer (santoor; Montreal), and Tara Krishnan (Bharatanatyam dance), and Kiran Morarji (Toronto) and myself on tabla.
I accompanied Jonathan Voyer for his set, as well as Vinay Bhide for his, followed by a concluding piece with the Ottawa Ensemble, joined by some of the other artists.
It was a beautiful evening, and it was a pleasure to have participated. I really enjoy these types of concerts, where many artists get together and collaborate. Pt. Ravi Shankar was such an important artist of our time, having influenced and inspired so many musicians around the world. 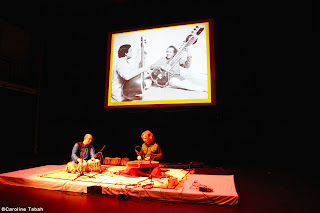 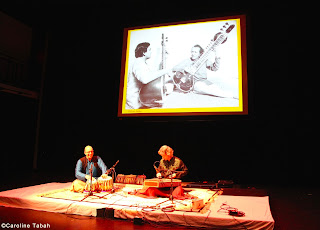